I'm working on an open source Python project and added a new module, measure.py to it and was trying to import and use it in another module I had added measure_long.py. However, I am running into a ImportError error.

Here is the structure of my project, named opencensus-python:

Here is the code in measure.py. This runs fine, and I have an import statement in there that I don't use just to prove to myself that importing from that folder did work (so perhaps my __init__.py file is fine?) 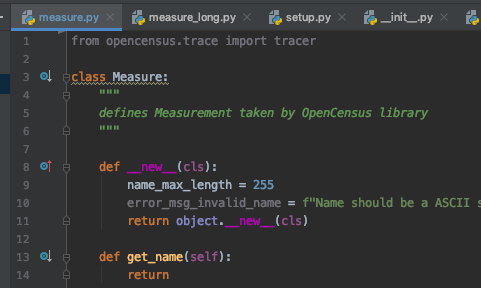 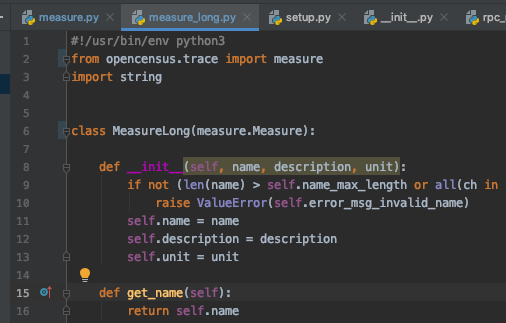